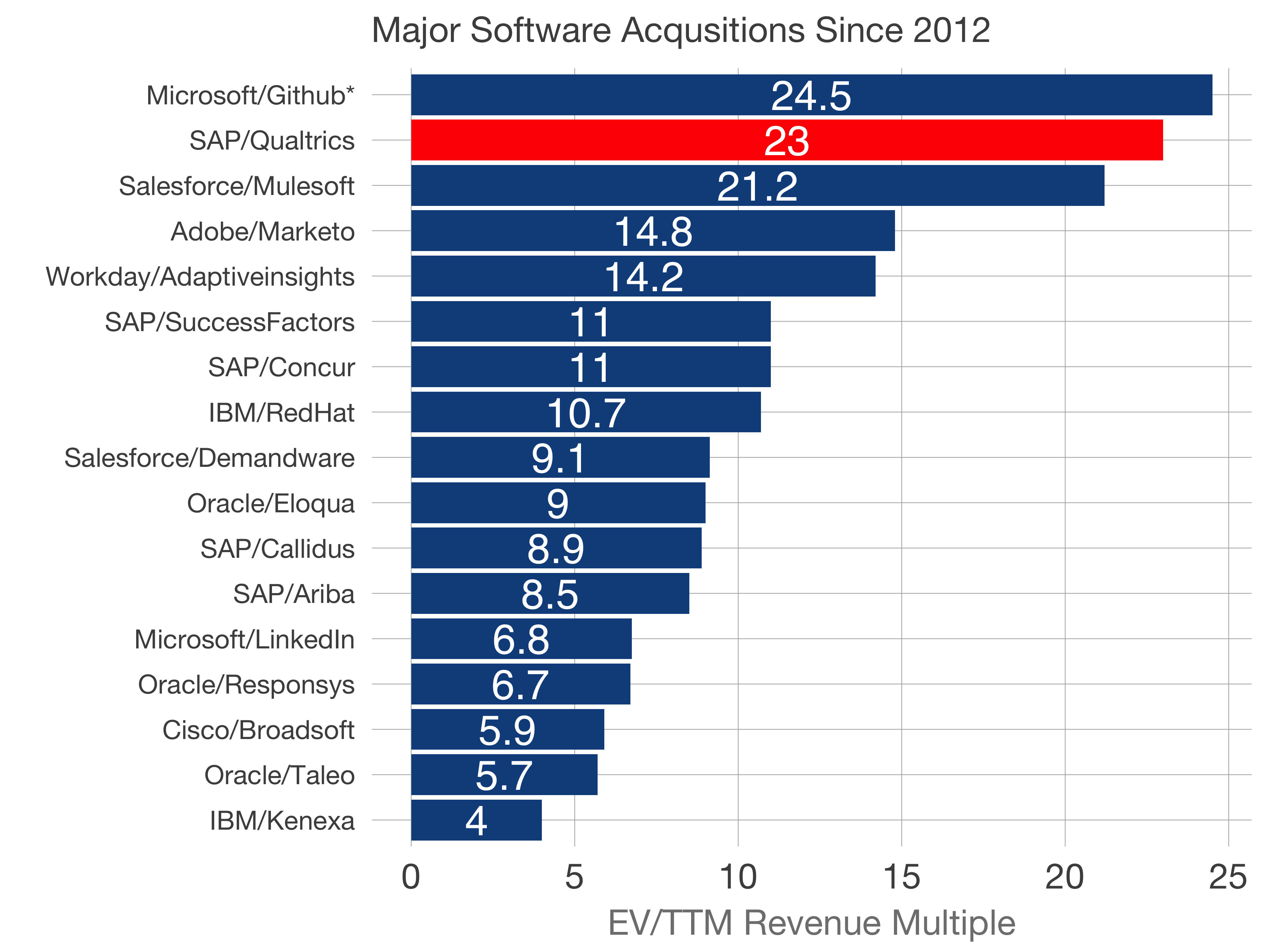 Another week, another blockbuster software acquisition! This time SAP has agreed to purchase Qualtrics for $8B. Qualtrics is a Utah based provider of experience management software. Qualtrics writes and sells software to ask questions of employees and customers to help businesses improve customer experience, employee satisfaction products, and brand. Qualtrics had intended to go public this week. The company generated $342M in the last twelve months and had grown 27% annually.

Qualtrics fetched 23x trailing twelve months revenue multiple. This is the second largest among those I have tracked. The only one greater is the Microsoft/Github acquisition, which is based on press reports of Github’s revenue. Each of the other data points is substantiated through public investor disclosures. It’s the largest ever VC backed software acquisition. Congratulations to the Qualtrics team! 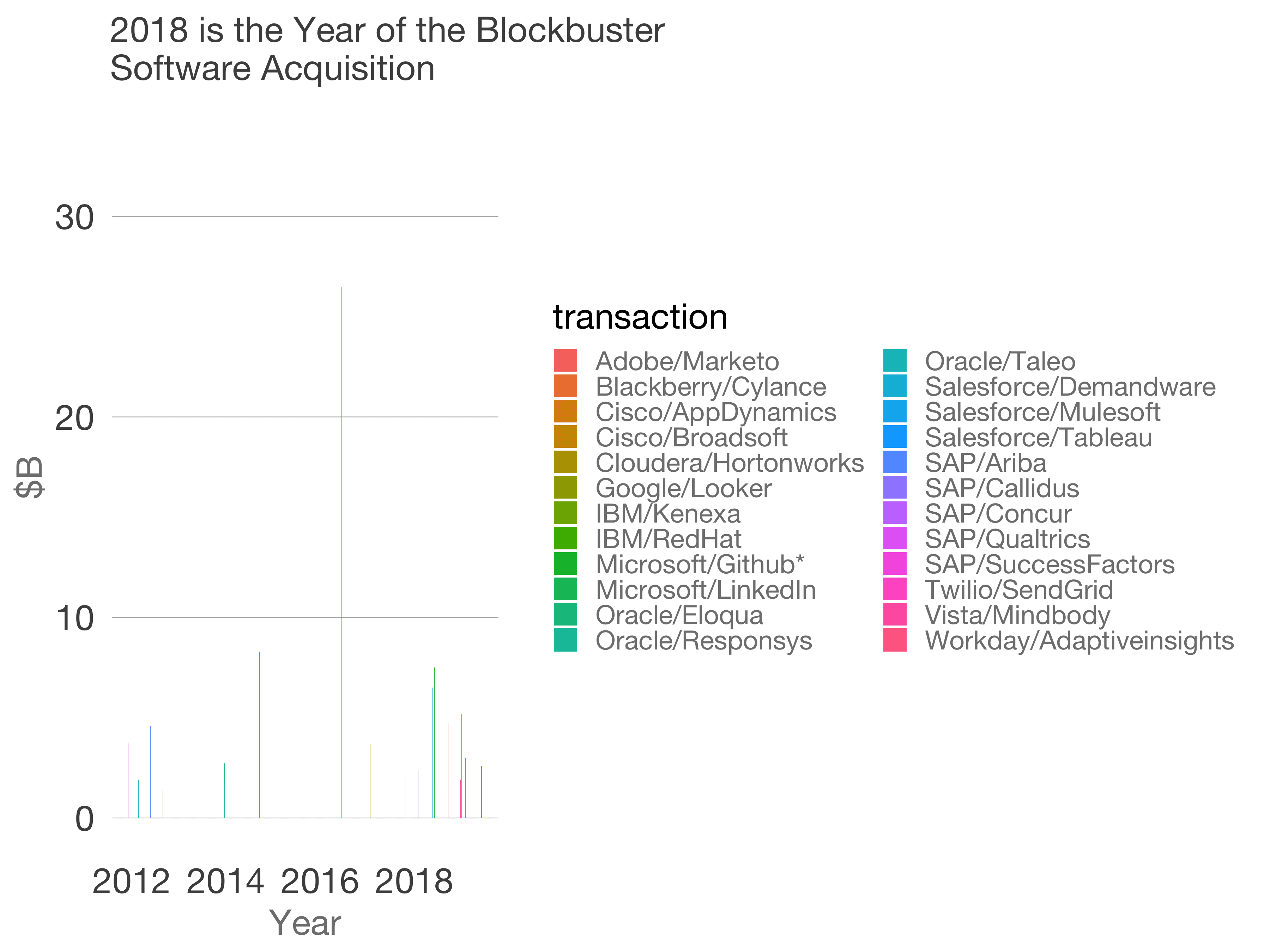 Let’s put the 2018 acquisition environment into context. It’s the best M&A market in the last seven years for $1B+ sales with six. 2012 witnessed 3 acquisitions. In addition, 2018 acquisition values for this type of acquisition exceed $60B, more than twice 2016, which included the Microsoft/LinkedIn merger. 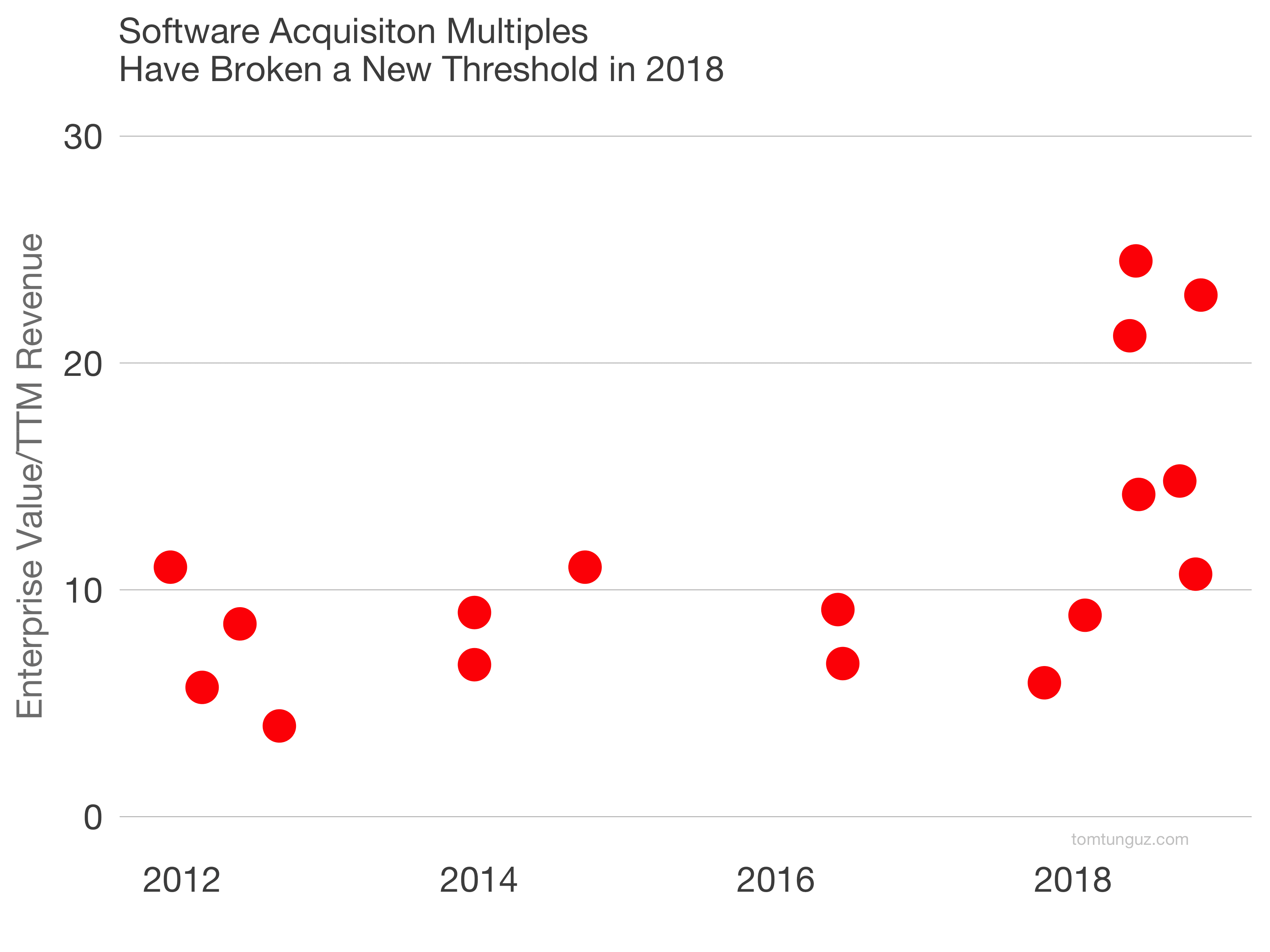 Prices in 2018 are also the highest across this time frame. Before 2018, only two acquisitions were consummated at EV/TTM revenue multiples greater than 10. In 2018, six of seven acquisitions have gone off at 10x+ and three at 20x+. It’s astounding. 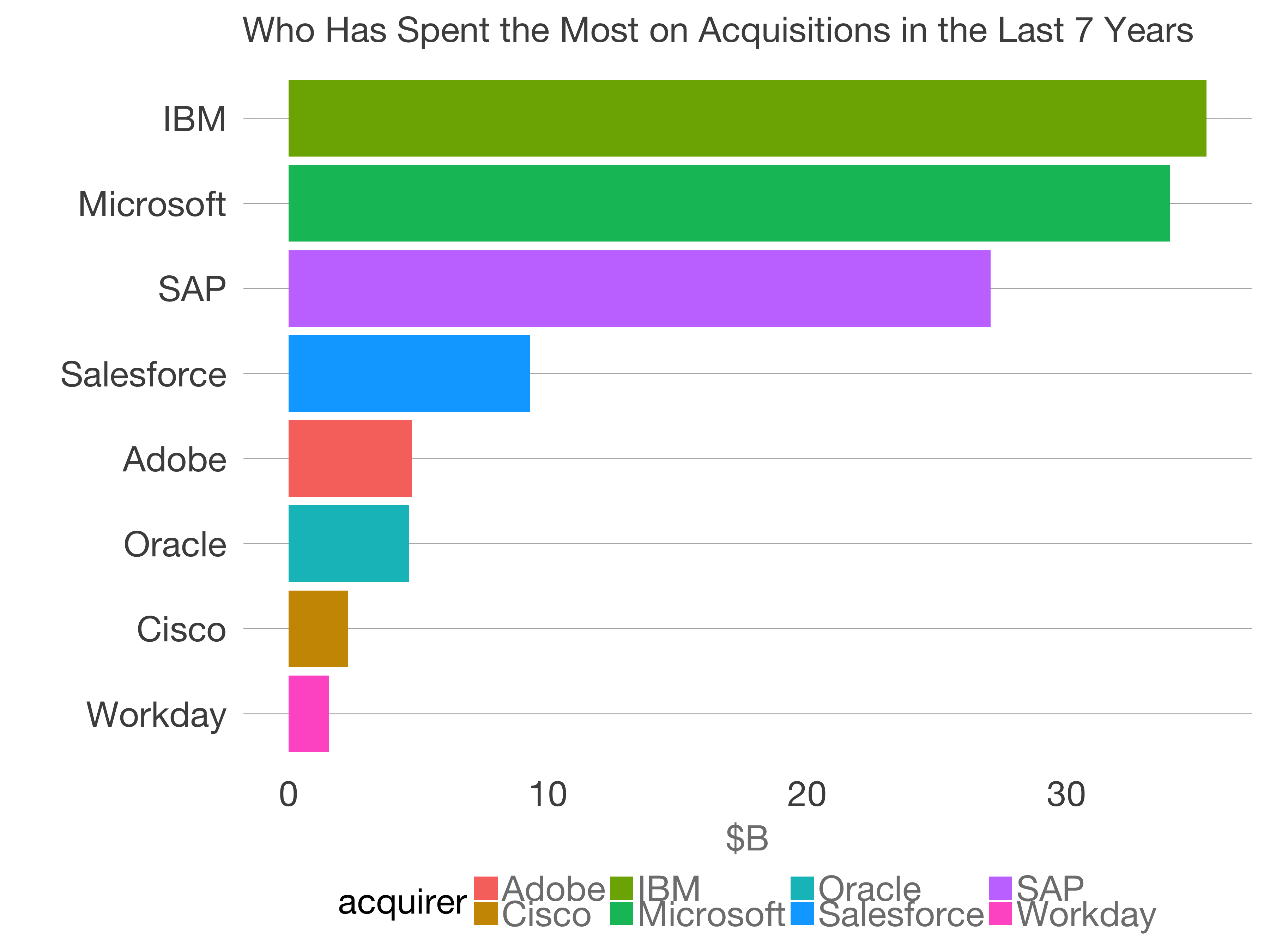 Last November, a year ago, I estimated the latent purchasing power of the software ecosystem to be about $30B, excluding debt. I was off by a factor of 2.

The shift to the cloud has happened at a greater scale than most legacy software businesses estimated. And they are spending to catch up. Amongst acquirers IBM, Microsoft and SAP have spent the most: $25B+ each. IBM acquired one company, RedHat. Microsoft bought LinkedIn and Github. SAP bought 5 companies: Ariba, Callidus, Concur, Qualtrics, Successfactors.