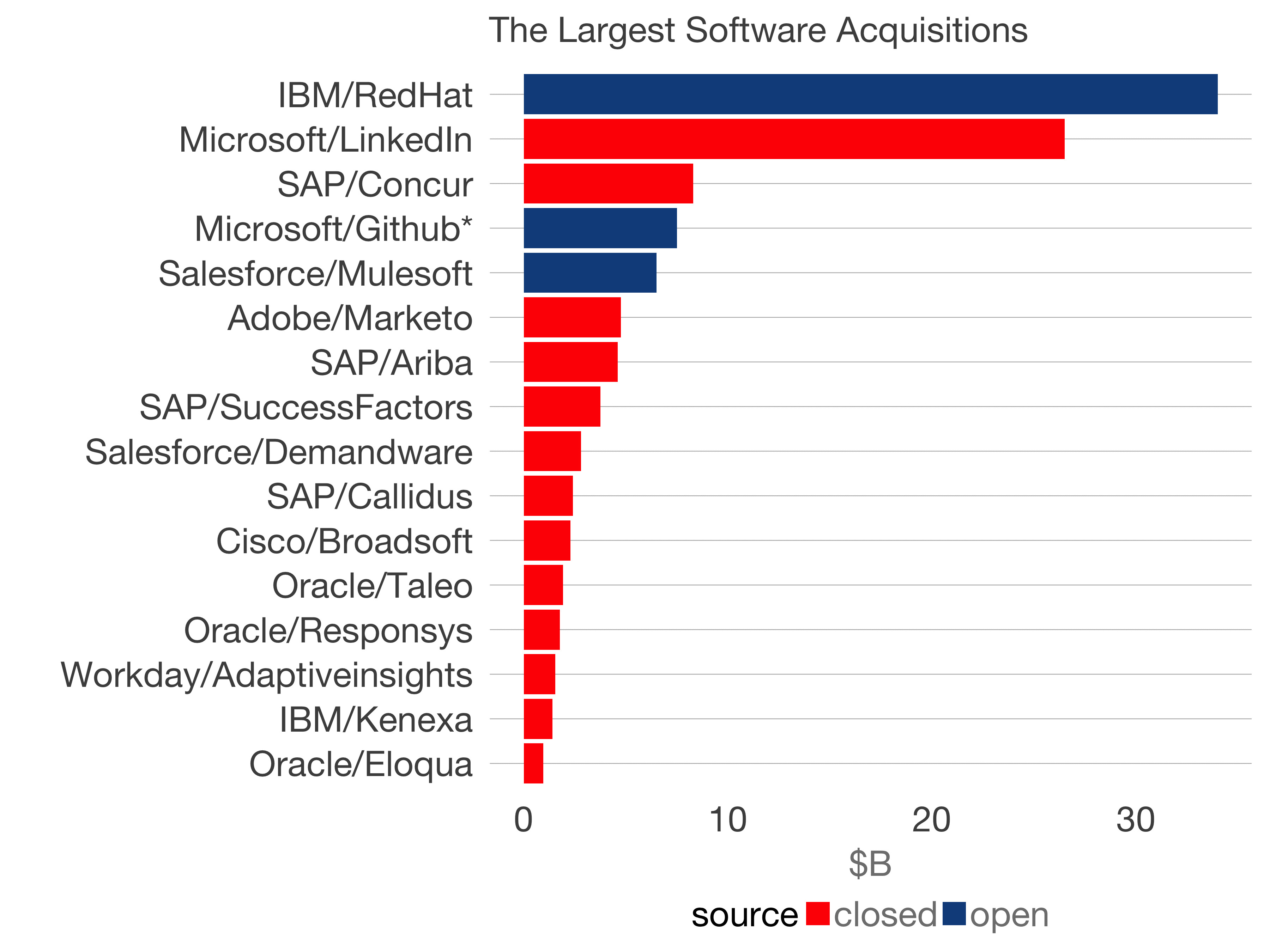 It’s a triumph of the open source strategy. Three of the largest software acquisitions of the last ten years have been open source. They have all occured in 2018, a year in which more than $60B of $1B+ software M&A has transpired. 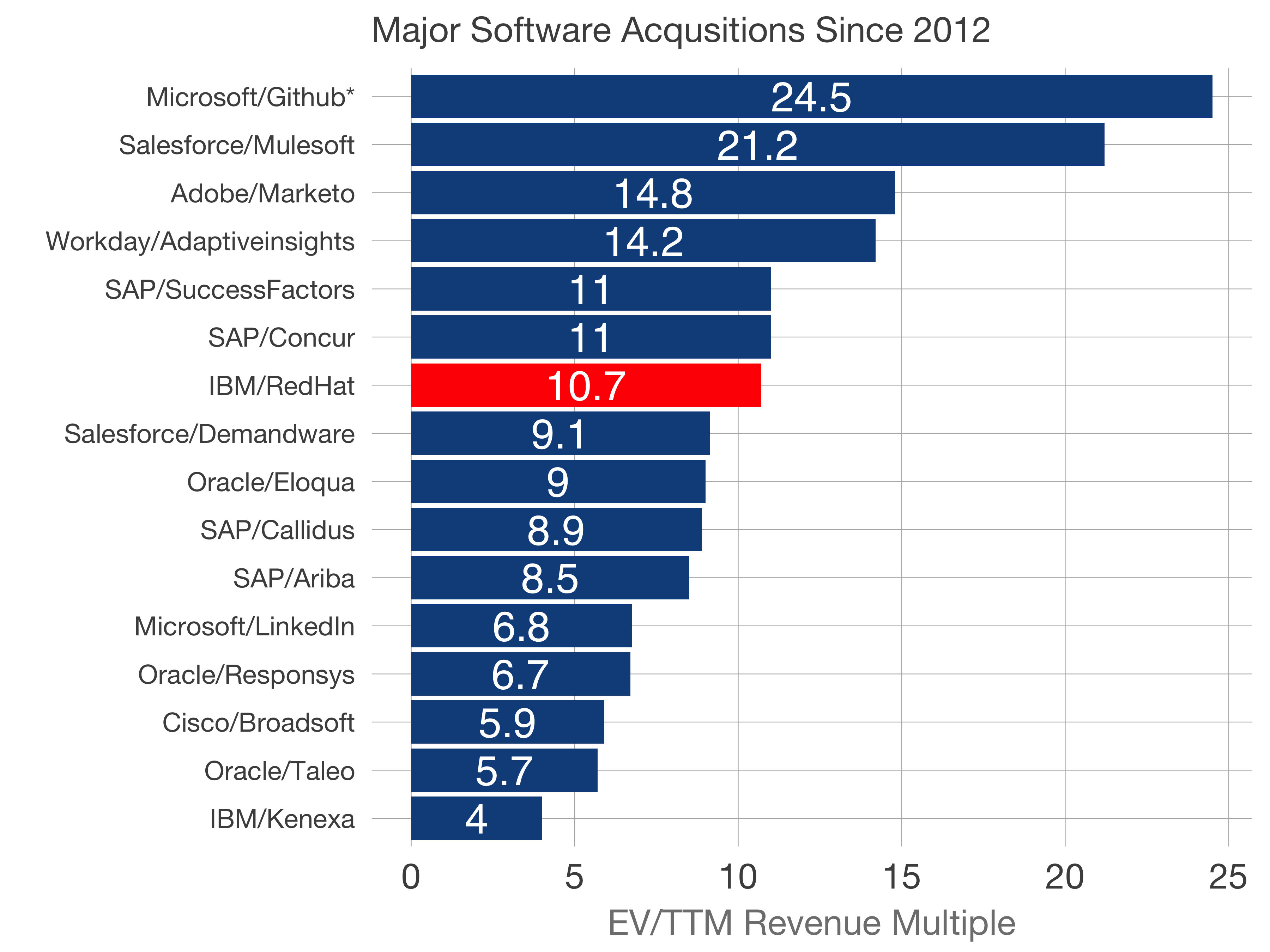 This price values the company at a 10.6x enterprise value/trailing twelve month revenue multiple. Relative to other multiples paid this year, this acquisition price isn’t an extreme. But the aggregate price certainly is. Red Hat employs nearly 12,000 people across 90 offices. The company generates $3.2B in annual revenue growing at 19% annually at 85% gross margin. Only 12% of revenue is professional services.

I regard Red Hat’s OpenShift platform as the leader in enterprise platform-as-a-service. OpenShift provides a modern development environment for software engineers. OpenShift simplifies the deployment and management of complex technologies like Kubernetes for large enterprises.

IBM’s acquisition of Red Hat reshapes the software ecosystem overnight. It validates open-source in a powerful way. IBM makes a huge leap forward in the open source community. Red Hat contributes to tens if not hundreds of the most important open source projects. And it provides IBM with software and services to sell.